The original Berkeley paper by Patterson Gibson and Katz described a method for implementing fault tolerance at the device level by utilizing various redundancy schemes. Through the efforts of the industry and the RAID Advisory Board (RAB) this redundancy has been extended into device enclosures by applying similar redundant schemes to critical components such as Cooling Modules and Power Supplies that is known as Functional Redundancy. The SCSI-3 Enclosure Services Command Set (SES) offers a way of sensing device status and with suitable software, a series of alert mechanisms can be sent to administrators. RAID set events and status can be monitored. An example of this includes a device, which is participating in a rebuild operation.

Before discussing SES in some detail, it is necessary to discuss the components that make up an enclosure device. Figure 1 shows a device enclosure with N+1 cooling, N+1 Power Supplies and Dual A/C inputs. Devices such as cooling devices will have various attributes. A simple cooling device would have two states – functional and non-functional. A more advanced cooling device would have variable fan speeds. It could respond to different temperature thresholds by increasing the motor speed. Power Supply Units would have voltage threshold limits, for example if the 12-volt line were to vary by +-5% an alert could be sent to the administrator. Devices such as disks will have attributes such as whether the device can be removed or inserted into an enclosure, whether a fault exists and the status of the port bypass circuit (if applicable). 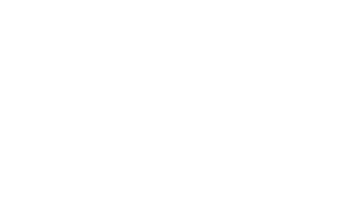 A hardware-monitoring device is available which has sensors to report on device status and the environmental characteristics such as temperature.

SES via an Enclosure Services Device

The SCSI Enclosure Command Set is used to obtain the status of components within the enclosure and to turn on indicators or set various states within the components. There are two methods of obtaining enclosure information. One method uses an Enclosure Services Device to access environmental information while the other uses an intermediary non-Enclosure Services Device to access the information. The Device appears as a peripheral and is addressed in a similar fashion to other peripheral devices.

Figure 2 shows an enclosure services device which is directly accessed by an Application Client. The Enclosure Services Device responds as a SCSI device and will respond to an INQUIRY command by setting the ENCSERV bit, which indicates that the device can handle information relating to enclosures.

This method uses a peripheral device such as a disk to transport enclosure data to and from the Application Client. The Enclosure Services Device does not appear on the peripheral bus and cannot be directly accessed. This intermediate device will use the SCSI SEND DIAGNOSTIC and RECEIVE DIAGNOSTIC RESULTS commands to set status or obtain status information within the enclosure. Initially the application will ask the peripheral device if an Enclosure Services Device is actually connected to it. Figure 49 shows how this is implemented. 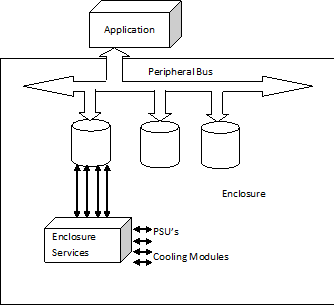 Table 1 shows the mandatory commands that must be implemented by enclosure services devices.

Optional commands are shown in Table 2.

An Enclosure Services Device communicates information by a set of Diagnostic Page Codes. Some of the more relevant pages are now described.

The Configuration Page (Page Code 01h) is used to return a list of elements that are found in an enclosure. Each of these elements is described by a header, which defines the number of element types that are supported within the enclosure. Each type has an eight bit code which identifies the element being described.. Typical devices found in an enclosure include Power Supplies, Cooling Modules, Temperature Sensors, Door Locks and Audible Alarms. These elements have the byte codes 02h, 03h, 04h, 05h and 06h respectively. There is another field, which denotes the number of elements of a specified type in an enclosure. The Application Client will read this information from the Configuration Page by issuing a RECEIVE DIAGNOSTIC RESULTS Command.

This page is used by the Application Client to control the elements that were listed when the Configuration Page was read. The client can set bits to denote the following four states for element types:

This page is used to return the status of the elements listed in the Configuration Page. There is an overall status, which lists the status for a particular group of elements and an individual element status field for each instance of a particular device type.

This page is similar to the Enclosure Control Page but defines information relating to the status of a device when it participates within an Array. Defined indicated states for a device include the following:

This page is similar to the Enclosure Status Page but returns information relating to the status of a device as described in the paragraph relating to the Array Control Page.

This section details how C code could be implemented to read the enclosure configuration:

/* Record the types and counts of each element type */

To read the enclosure status page: